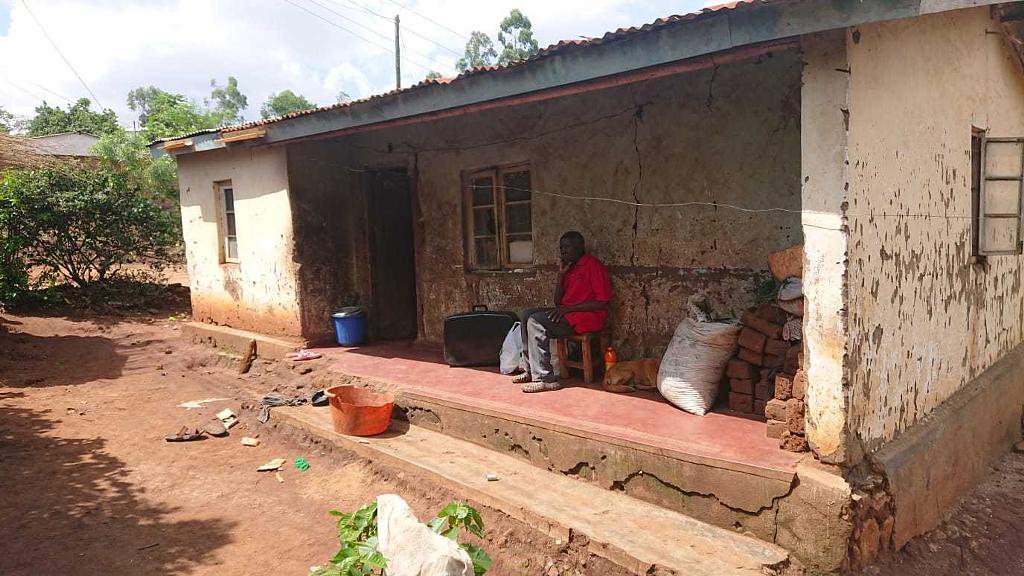 For those who have donated sums so far, thank you.

The plight affecting Stuart cannot be compared with millions of others in worse conditions. Indeed some do not have a roof over their heads or are dying of hunger.

So why do I plead his case?

I have given a glimpse of his background in the account introducing his case and requesting your donations.

Stuart is an octogenarian who has been fortunate to have the current structure sheltering him. But, it belies the fact that his external kitchen at the back has collapsed. As a result, wood fired cooking takes place inside the house with smoke escaping through any open door or window. There is no electricity to his house, and if his water charges are not met then his water supply gets cut off. Stuart accepts his inability to afford any fuel and has reluctantly remained hungry from time to time.

The lavatory is outside, and comprises of a pit latrine without any running water. As Stuart gets older and frailer, this situation is becoming more and more difficult.

To his neighbours and passers-by, Stuart is a forlorn and lonely figure. His only companion is his cat, who remains a valuable asset to him through warmth and loyalty.

Previously, Stuart has suffered the indignity of being robbed of many personal belongings as he lacks any secure storage space. On some occasions, he is even taunted with insults reminding him of his hopelessness.

Stuart suffers from high blood pressure, and is given money by a few friendly neighbours to purchase his medicines. However, at the age of 82 he has repeatedly stated that despite his present state, the last thing he wants is to beg for support.

From time to time it has been possible to deposit monies into his account, however he is frail and his condition means that he cannot always manage to reach his bank account to withdraw some much needed money.

Unfortunately, there have been occasions where Stuart has been robbed of his money just after withdrawing it from the cash point. He has no means of knowing how to withdraw monies through trusted agents.

All the above is a far cry from the halcyon days of his life with his employer the late Dr Ambekar when he was given the best care possible.

Stuart and his wife were blessed with 12 children, however all with the exception of two have died of AIDS. Of his surviving children, his son is untrustworthy, and his daughter has a family of her own to support with little means to help Stuart.

Stuart’s only luxury is a mobile phone which regularly requires recharging through someone’s kindness. However, he is unable to handle the complexities of mobile phone technology.

Malawi is entering the cold season now, and the weather conditions are due to deteriorate. This means that repairing/rebuilding Stuart’s House is now a matter of urgency – and a race against time.

The resilience displayed by Stuart so far is a tribute to his inherent survival strength. Our resolve is to give him hope to survive.

We won a sustainability award! 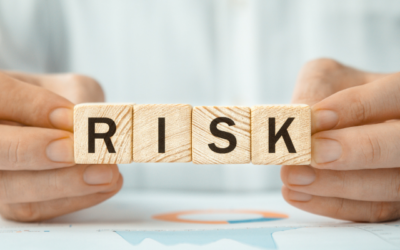 Collaboration on Risk Management in the charity sector 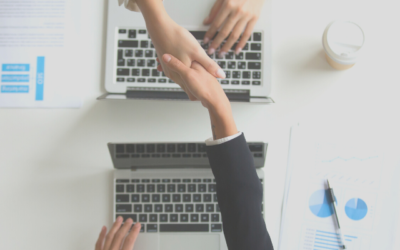 3 common mistakes when entering into a Public Cloud Enterprise Agreement 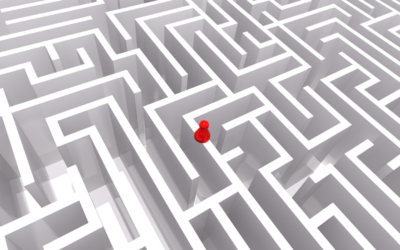 SMARTsupport - Procurement as a Service 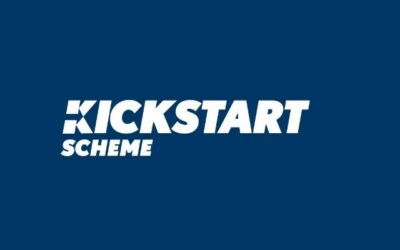 How the Kickstart Scheme has helped young people through the pandemic

With COVID-19 reducing the number of roles for young people, the Government introduced the ‘Kickstart Scheme’ in September 2020 to help young people aged between 16-24 who were struggling to find work due to the global pandemic. There was a lot of uncertainty during...

Collaboration on Risk Management in the charity sector

We recently held a round table with large charity Finance Directors discussing risk management and collaboration across the sector. We polled and discussed a number of questions with interesting results...   How well does the sector collaborate on key issues?...

What was your dream job growing up and why?

As a child my dream job was to be a vet as I am a big animal lover, having grown up with many pets from dogs, cats, hamsters, rats and fish. I have just recently moved out and it took us no time at all to get out first pet Loki the cat.

What are you passionate about?

I am passionate about travelling and love to see as much of the world as possible for the different scenery, food and culture. Having travelled to 24 countries so far, my favourite trips currently have to be my 3 month adventure around South East Asia and Iceland. Both completely different but amazing.

Collaborative solution working with our experienced procurement team, delivering cost savings, efficiency improvements and speeds up existing buying processes. Built with ‘Agility’ at its heart to allow for change and flexibility so together we can optimise the model to deliver ROI and key benefits.

Our programme starts with a spend data analysis and opportunity assessment. We review and present the output, highlighting the opportunities to save money and find the efficiencies to support more informed business decisions. Working with your key stakeholders, will contact your supply base and deliver the agreed approach.

Helping you source goods at the best prices 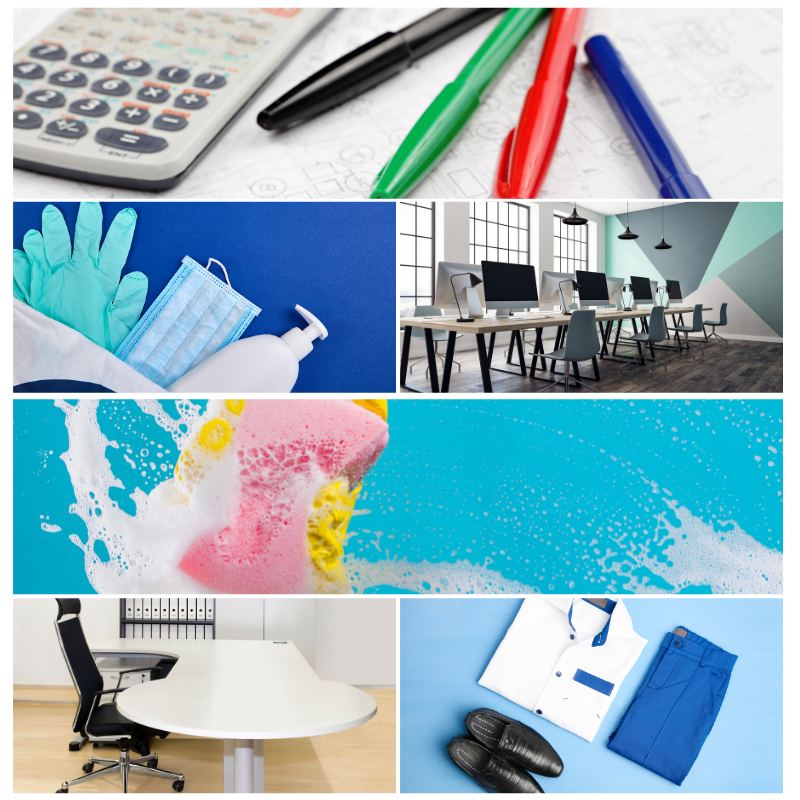 Our specialists work closely with stakeholders; to determine the project scope, objectives and key success criteria, before going out to market to identify suitable suppliers, negotiate favourable contract terms and ensure value for money.

Before completion of the project, activities including the development of an in-life handbook are used to support implementation and supplier management, to help build and maintain stronger relationships.

We review your supplier contracts and invoices to assess the fastest possible gains and mitigate risk in your organisation for the most significant impact. SMARTanalysis puts you in the driving seat of procurement so that you can you introduce small changes that deliver benefits and savings.

This solution is used by many of our clients to fund further investment, to deliver their organisation’s strategic programmes that support top-line growth and increase profits. SMARTanalysis puts you in control as you move from buying ‘stuff’ in an ad-hoc manner to a structured procurement approach; it further convinces your stakeholders about the true value of procurement as a profit improvement tool.

SMARTsupport - Expert procurement and support services when you need it

Novo-K can be an extension of your existing team, supporting your Procurement Office, leading on tenders or providing Supplier Management activities.  Alternatively, we can be your outsourced procurement team, integrating into your organisation to provide specialist support and deliver savings. Whatever your procurement and buying needs, SMARTsupport is tailored for you, supporting the unique requirements of your organisation.

Our flexible resource can provide guidance on tools, templates and process, also working closely with your legal team to support your procurement projects. Our clients often utilise our project management capability to manage the delivery of key procurement programmes and projects.

SMARTset-up is your solution to ensure best practice procurement. Standardising and organising your procurement activities to ensure you maintain clarity and control over your buying strategies, giving senior leadership confidence that the necessary controls are in place.

Our specialist team build a tailored Procurement Office on your existing environment. This includes a centralised repository for all contractual documentation, supplier risk register and procurement guidance; this in turn supports your adherence to industry and government regulations. Implementation and training of our end-to-end procurement process ‘Sourcing2Supervision ‘, builds in-house knowledge and expertise, which we can then support and manage as your Procurement Business Partner.

We offer a range of courses designed by Chartered Institute of Procurement & Supply (CIPS) qualified trainers.  We deliver these to businesses wanting to roll out or introduce procurement into their organisation, where they are looking to standardise and up-skill their procurement function or buyers to support their longer term ambitions.

SMARTtraining delivers in-house and individual training courses, from initial principles and best practice, through to negotiation skills and the tendering process. Your team will understand the value of SMARTprocurement and the opportunity it will bring by building their personal procurement expertise and in turn realise the savings you need.

In-depth analysis of your organisation, building a procurement strategy tailored to support your objectives and values.  We deep dive supplier data and key contracts to understand opportunities to save money, improve efficiencies, highlight and mitigate risk. We leverage our own expertise and those of our partners to recommend opportunities for efficiency improvements, savings and best practice.

SMARTdiscovery offers increased clarity and focus to support the delivery of your strategic objectives, increased efficiencies to realise significant savings, build strategic relationships with suppliers to encourage innovation and provide confidence to stakeholders and supporters that the necessary controls are in place.  SMARTdiscovery is the most meaningful way to identify the impact of procurement on your organisation and the resulting recommendations make it clear the changes to make this happen.

Passionate About: Bringing procurement solutions to life and seeing the impact they have when delivered.  My whole career has been about making projects a reality and I get a real buzz from seeing the results publicly.

Enjoys: Travelling as much as I can with the family.  Either in the motorhome across the UK or bigger trips to US and beyond. I’ve recently taken up cross stitching. I’ve always sewn and made my own curtains, blinds but decided to take up cross stitch as it’s more portable.  Instead of idling on my phone when I have 5 mins free, I do a bit of stitching!